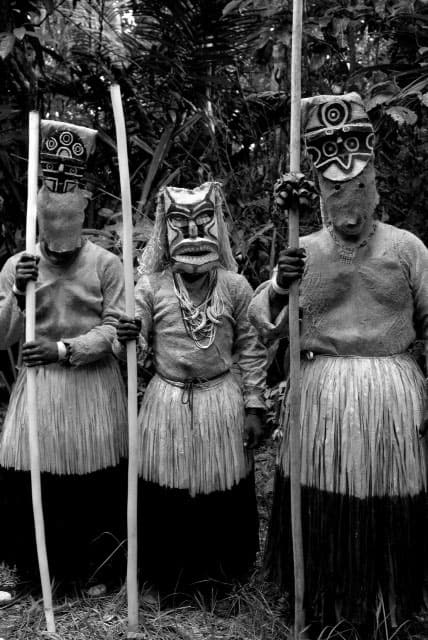 The White Feather Foundation and the Amazon Conservation Team (ACT) have joined forces precisely at the moment when the reality of climate change is finally being recognised as a threat to all of humankind.

At a 2009 international gathering in London of thought leaders on global warming, spearheaded by Prince Charles, ACT attended as the only organization accompanied by an indigenous leader and speaking about the importance of both the Amazonian forests and its caretakers: hundreds of tribes that are demonstrably superb stewards of their forests and rivers. For near 15 years, ACT has highlighted the fact that wherever there are large standing forests in the Amazon—the location of the greatest remaining tracts of rainforest on the globe—there are indigenous peoples. Furthermore, roughly a quarter of the Amazon consists of indigenous lands, further demonstrating the exceptional leverage in curbing climate change afforded by close collaboration with indigenous people, ACT’s hallmark.

An incessant global demand for natural resources on lands overseen by indigenous groups presents a major threat to their survival. ACT works closely with indigenous tribes of the Amazon to design and implement initiatives that empower tribal groups to exercise their right to self-governance, ethno-education, traditional healing and management of ancestral lands, thereby fulfilling the groups’ basic needs such as medicine, shelter, food and the right to live with integrity.  By strengthening tribal leadership, including those entrusted with healthcare and spiritual well-being, ACT has been able to improve the management and protection of over forty million acres of rainforest across the basin.

In 2009, White Feather Foundation funding sponsored the development of three large-scale meetings of male and female indigenous healers of ancientcultures of the Colombian Amazon.  More than 170 elders traveled long distances to share thoughts, experiences and ideas in order to recover and consolidate their shamanic systems.  These gatherings among shamans empower groups and encourage sustainable practices to effect environmental conservation, enhancing the quality of life of indigenous communities by enabling the transmission and practice of traditional medicine by indigenous healers.

In March 2009, in the Caquetá, the annual full assembly of the Union of Traditional Healers of the Colombian Amazon (UMIYAC), representing 56 elder shamans and apprentices of five ethnic groups—the Inga, Kofán, Kichwa, Siona and Kametzá—who share credit for the creation of two protected areas, the Alto Fragua Indi Wasi National Park and the Orito Ingi-Ande Medicinal Plant Sanctuary. The healers emphasized the need to control the petroleum exploitation, encroachment and the plundering of resources that are damaging regional indigenous lands.

In March 2009, in the Putumayo, the sixth annual six-day gathering of a 60-strong regional union of women healers (ASOMI) of four tribes of the Eastern Andean Amazon, strongly supported by UMIYAC. Emphasis was placed on the propagation of sustainable agricultural production systems in accord with forest dynamics based on the women’s collective ancestral technical knowledge.

In October 2009, in the department of Amazonas, a three-day meeting of 57 leaders, male and female elders, and healthcare promoters of eight indigenous communities—the Uitoto, Bora, Okaina, Muinane, Andoque, Nonuya, Miraña, and Yucuna—at the headwaters of the Caquetá River, the origin of the Amazon River in Brazil. The goal of this gathering was to collaboratively formulate a plan for improving the provision of primary healthcare in the 17,290,000 acres of ancestral lands that the tribes jointly oversee by influencing national public policy.

We at ACT wish to express our deep gratitude to all at the Foundation and to convey the sincere appreciation of the ancient peoples that you have so manifestly helped.