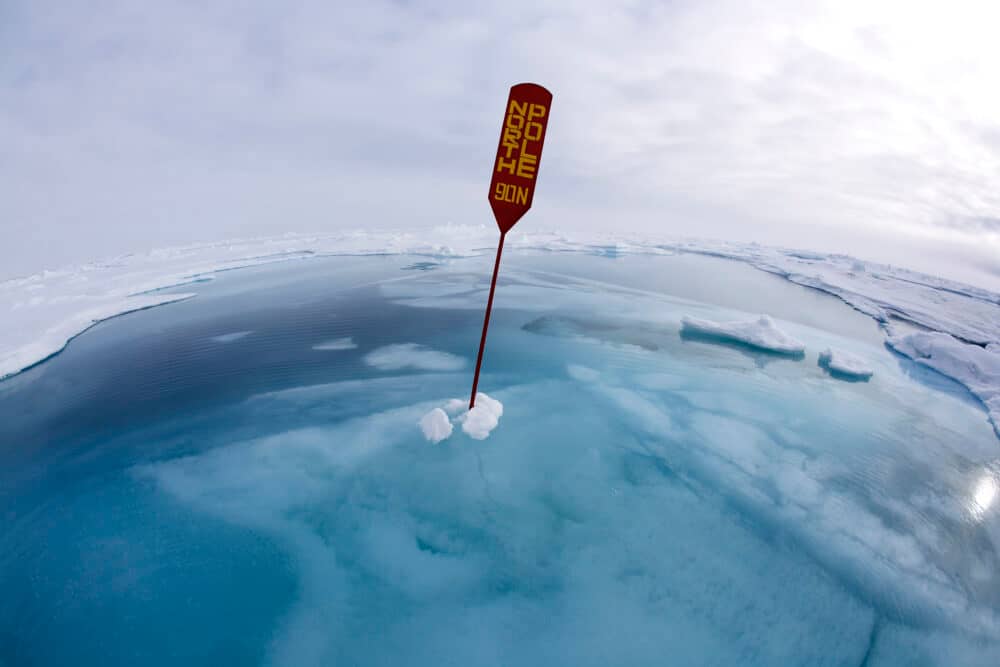 Sue’s photo “North Pole Under Water” was announced as the winner of this prestigious competition earlier today. We caught up with Sue to learn more about the winning image.

“I took the photo when I was working as a member of the team for Quark Expeditions on a voyage to the North Pole. We were on board the world’s largest nuclear icebreaker, having recently left the BBC Natural History Unit where I’d been a wildlife filmmaker, working on series such as The Blue Planet and Planet Earth.
I have been working in the polar regions for 25 years and love the challenge of working in the Arctic and Antarctic.This vessel is a working icebreaker that operates in the high Arctic, ,but for a few weeks a year offers tourists the chance to join the ship to visit 90 degrees north.
I was one of the staff on board to talk about polar bears and other Arctic wildlife, as well as helping guests with their photography. I’ve been fortunate to visit the North Pole seven times now, as well as working in the Antarctic.
I’m very proud that my photo of the North Pole sign underwater has been selected as the winner of the Climate Change prize. Climate change is real. Polar ice is melting at an alarming rate, posing a serious threat to wildlife and humans worldwide. I hope very much the win means that many more people will see the shot and that it helps convey the need for urgent action on climate change – by individuals, companies and governments.”

“North Pole Under Water” is now on display alongside all of the 2020 winning photographs in the Manchester Science Festival virtual exhibition.