The Wider Compassionate Touch of The White Feather Foundation 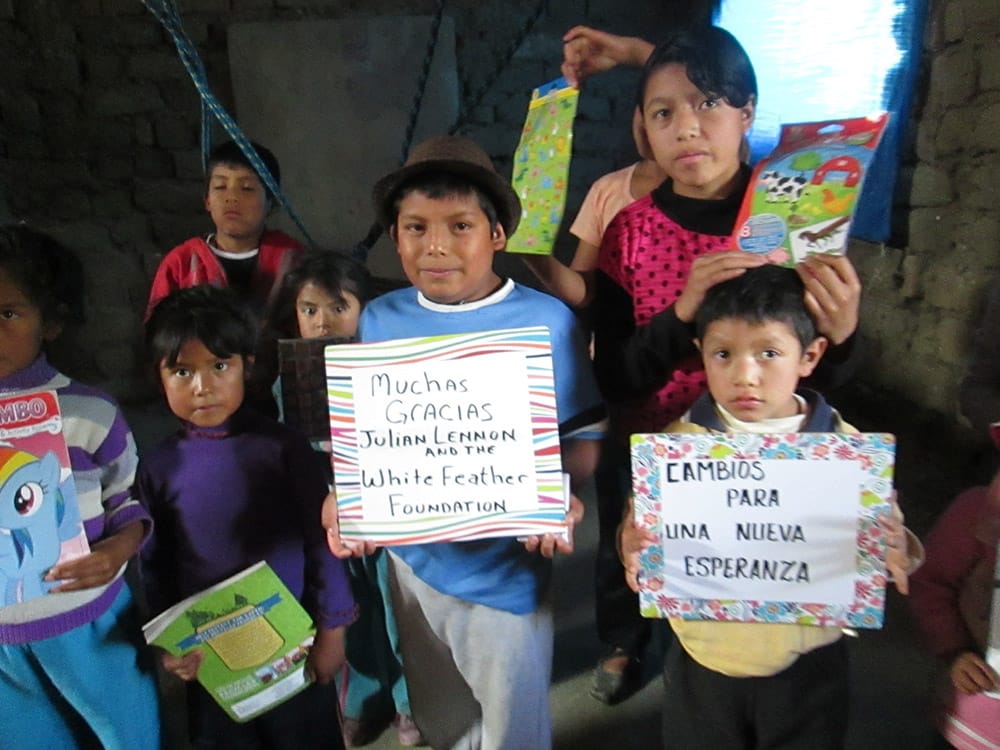 The Wider Compassionate Touch of
The White Feather Foundation

We received this wonderful email from Jim Killon, Changes for New Hope, thanking The White Feather Foundation and one of our supporters Andrea Jackson.

“Changes for New Hope is seeing a brighter future for children living in destitution and we would like to share a special message of gratitude today.  Had it not been for the compassion in action of Julian Lennon and the White Feather Foundation, our struggling project back in 2009 in the remote Peruvian Andes may have never had the opportunity to bring the humanitarian help that was desperately needed to several hundred children. With times being financially tough all over the world, and with literally thousands of charitable organizations pleading for help, we were about as visible to the world as the Alpha Zelda 2300 star in a distant galaxy. The heartbreak for me was to see so many children living in unimaginable destitution and despair and being unable to reach them all.

When I contacted Julian Lennon and the White Feather Foundation, I got an positive email back 3 days later. Shortly thereafter help began to arrive and children were wearing new shoes, eating more nutritious foods, sleeping under warm blankets, wearing clothes without holes and tears and were toting new school materials under their arms. Hope began replacing the despair. You see, impoverishment, destitution and desperation are easily recognized. What you never see is the inner despair, the ravaging effects of what those things do to the human spirit. Children in particular are the most vulnerable because they are unable to fend for themselves. This is why I created and developed Changes for New Hope, on nothing more than a dream and a belief that if I wanted to see the impossible accomplished, I had to attempt the impossible.

The wider compassionate touch of the White Feather Foundation came from others who read our stories on the WFF website and Facebook pages as well as Julian’s social media. Of course, it would be too much to hope for if hundreds jumped into the action, but the compassionate few who did have made a significant difference. Some have sent funds while others have sent packages with materials for the children. Others have donated to our vitamin initiative which is currently getting underway. WFF has shared that campaign on the website and funds received are being used to provide literally thousands of children, suffering with anemia, malnutrition and parasites, with vitamin supplements and anti-parasite medicine to bring a solution to their suffering. The raising of awareness for what we are doing here, all tucked away in the remote Andes, makes us no longer a well kept secret. That massive reach to so many has translated into the jettisoning of apathy among the international community, and also the jettisoning of the gut wrenching despair among the children. Compassion in action from so many has enabled us to touch several hundred more lives than our original 15 children who curiously wandered into our project 6 years ago to see what this “Gringo” stranger was doing in their adobe village.

Just to share the heart of one compassionate woman, Andrea Jackson in Massachusetts, had attached herself to our cause and made it her own. She has supported our vitamin initiative and just this morning, a package arrived with a large amount of materials and supplies that is being used for developing the children’s creative talents, stickers, coloring books and activity books that the children were thrilled to receive. Not only because of the materials themselves but just as importantly, that someone, whom they have never met, loved them, cared enough about them to share with them and make their lives happier. Andrea would have never heard of us without the effort of Julian’s White Feather Foundation.

If each of us could reach out to any one of the causes that the White Feather Foundation endorses, just a little bit, the impact would be tremendous. It sure is tremendous here at Changes for New Hope. No one can do it alone, I sure couldn’t. My gratitude to Julian, The White Feather Foundation staff and compassionate people, like Andrea and those of like hearts, for your compassion in action. Everyday I see the melting of despair and destitution among these little children who wouldn’t have had a chance otherwise. I have nothing to give you in return but my heartfelt Thank You! I hope, from my heart to yours, it is enough. 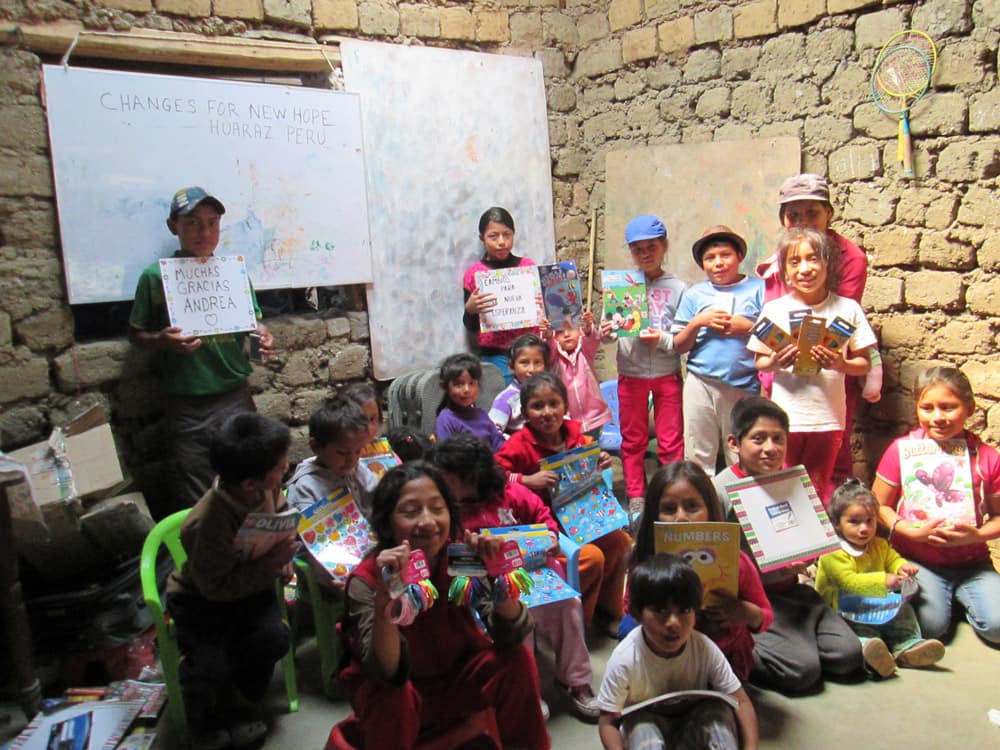 Share via
The Wider Compassionate Touch of The White Feather Foundation
https://whitefeatherfoundation.com/news/the-wider-compassionate-touch-of-the-white-feather-foundation/