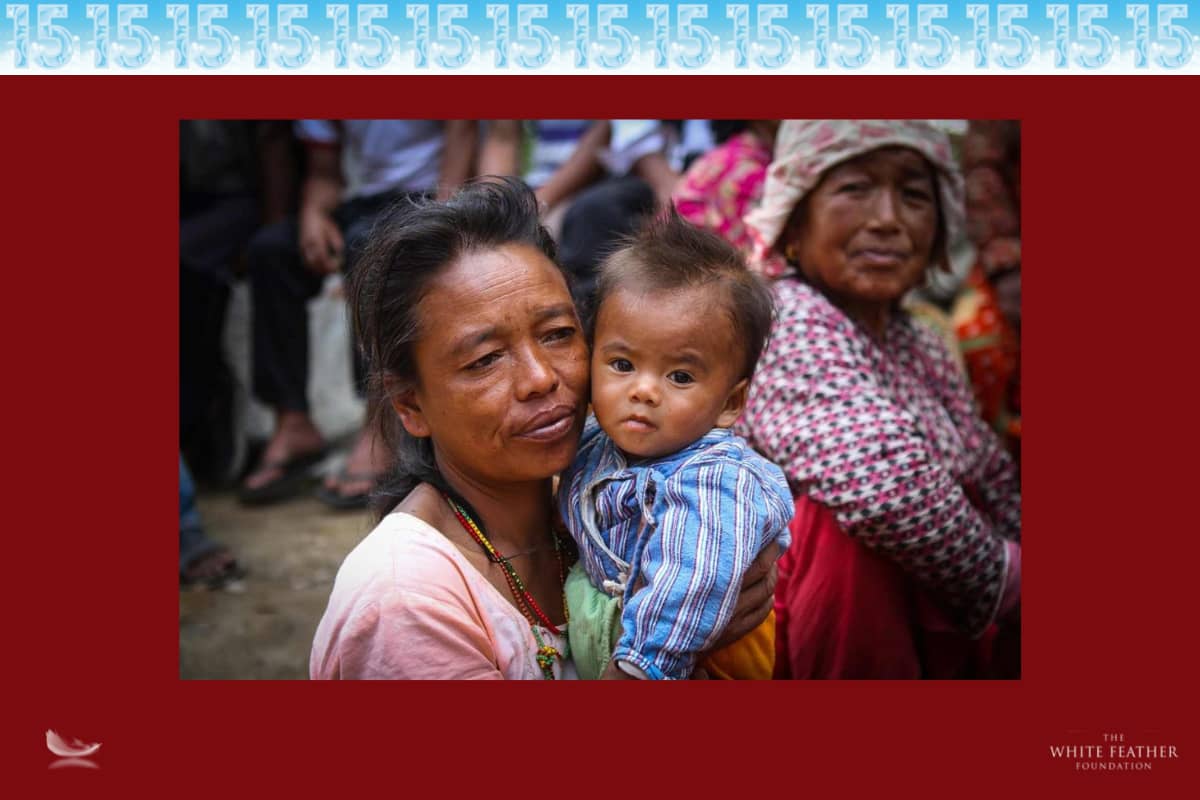 This is the fifth in our blog series “15 Years of Conserving Life,” to commemorate our 15th Anniversary at TWFF and highlight specific collaborations that have made a meaningful impact on the world.

In the spring of 2015, a 7.8 magnitude earthquake struck Nepal in an area just 50 miles from Kathmandu. An estimated 8 million people were impacted, including 2.8 million who were displaced from their homes. Damage included collapsed buildings, compromised health facilities, impassable roads and significant disruption of public infrastructure.

A few weeks later, a second 7.3 magnitude earthquake struck, with its epicenter near Namche, at the base of Mt. Everest, amplifying an already difficult situation. That earthquake was then followed by several aftershocks.

In the wake of this tragedy, along with partners from Music for Relief and Oxfam, TWFF sent a mobile medical unit to assist the injured, plus provided hygiene kits, clean water and temporary shelter tents to displaced citizens.18,000 individuals were able to get care due to the medical unit, and thousands more benefited from the on-site supplies.

In 2016, another earthquake—this one remarkably with the same magnitude of 7.8—struck the coast of Ecuador, sadly killing over 600 people and injuring 16,000 more.

TWFF sprung into action and started a fundraising campaign, then again partnered with Music for Relief, to bring emergency hygiene kits to those in the most affected areas near Esmeralda and Manabi, which helped to prevent the spread of waterborne disease following the disaster.

In the fall of 2016, Hurricane Matthew made landfall in Haiti, causing widespread devastation and killing over 600 people. The damage caused was the most devastating economically to the country, costing a total of $16.47 billion to rebuild and restore land and infrastructure that was lost.

Following this natural disaster, which activated an unprecedented humanitarian crisis in the area, TWFF partnered with Music for Relief once more to raise funds for emergency kits, which included: shelter tarps, mosquito nets, blankets, sheets and solar-powered lanterns for displaced individuals and families.

When an earthquake struck the same area in 2021, TWFF supported The Haiti Tree Project, which helped families in rural villages rebuild.

In addition to fundraising campaigns, TWFF has provided guidance on how to help during the Afghanistan crisis and the recent Iran human rights protests.

Photo: Courtesy of Music for Relief